Tips for Helping a Dog That’s Scared of Fireworks 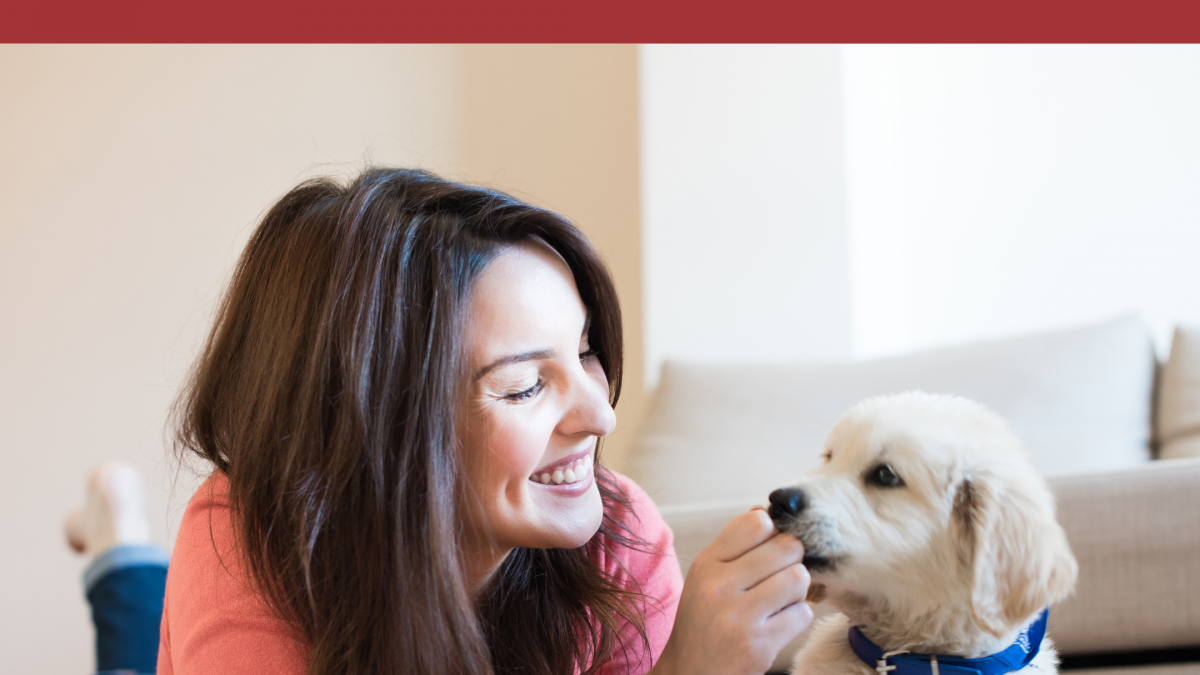 Brought to you by Victoria Stilwell

Puppies are likely to experience emotional changes as they grow, so providing them with a good learning foundation makes it easier to deal with any challenges they might encounter. Investing time at the beginning of a puppy’s life allows that puppy to become a confident and well-adjusted adult and while most dogs cope well living in a human world, few people realize just how resilient their pet has to be in order to conform to the rules that domestic life impose on them. Sadly, failure to follow these rules results in many adolescent and adult dogs ending up in shelters.

We want our dogs to have good manners and be friendly with every single person and dog they meet in and out of the home. This is unrealistic, though, because while we have the freedom to choose who we want to greet and who to avoid, our dogs almost never have that luxury.

People do not understand how threatening and uncomfortable it is for some dogs when their personal space is invaded by a stranger. Of course, because we desire and expect our dogs to be adaptable and emotionally stable at all times, (high expectations that even we humans can’t live up to), when they react negatively to ‘friendly’ human interaction, they are often punished for displaying anti-social behavior.

Puppies are not born social animals – that is, instinctively welcoming and freely associating with humans, strange dogs, and other animals – so they have to learn through early positive experience in order to bond with others.

What is socialization?
Socialization, where puppies and dogs are exposed to different environments and social stimuli in a positive way, is crucial in promoting confidence.

Can I overwhelm my puppy with too many social experiences?
Positive socialization teaches important social skills, but overwhelming a puppy with too many social experiences too quickly may have the opposite effect and create a dog that hates being touched and fears interaction. Therefore it is important to be sensitive to a puppy’s limitations, because sensitivity can make the difference between an adaptable dog that copes well in all situations and one that finds it hard to function in society.

What happens if my puppy is too young?
Scientific studies1 have found that deficiencies in early development can have adverse effects on a dog’s behavior and disposition in later life. Puppies are more balanced temperament-wise when they remain with their mothers until seven to eight weeks old, while puppies taken away from their mothers too soon are more likely to be fearful, hyperactive, or even fear-aggressive. This is because early and enriching experiences with mom and littermates help the brain develop normally by encouraging connections to grow between neurons in different parts of the brain.

Socialization With People
It is very important that a puppy experience human touch from birth to promote a human/canine attachment and encourage the puppy’s ability to develop social attachments with people as he grows.

When a pup goes into a new home, every effort must then be made by the human caregiver to build on these experiences and gradually expose the puppy to new situations, people, animals and environments.

Human interaction also needs to be actively encouraged and supervised at this time so that the puppy has positive experiences with all kinds of people.

Socialization With Other Dogs & Animals
To optimize a puppy’s social skills, good things must happen when puppy meets other dogs for the first time.

Puppy playgroups and classes are a great way to teach pups important social skills and cues as long as the group is small and the puppies are matched in size and temperament. Some play groups and classes will not take puppies until their vaccinations are complete while others start as young as ten weeks old – the prime period for socialization.

All interactions between playing pups must be monitored to guard against negative experiences, and all introductions to other pups and adult dogs should be made in a calm manner so as not to overwhelm.

Automatic Defense Reflex
Some pups have an automatic defense reflex when a hand comes towards them or extends over the head. When a puppy is very young, this reflex is not under conscious control, so it is vital to desensitize the puppy to accept being touched by an approaching hand and to have people lean over them as they do so, as a leaning position can be threatening.

Target or touch training (teaching a pup to touch a human hand with his nose) and pairing an approaching hand over the head with something that the pup likes, helps build a positive association with the action and body position.

This is one of the most vital social lessons a puppy can learn because human invasion of space and the ‘hand over the head’ scenario is going to happen many times throughout the dog’s life.

Bottom Line
Building a solid social foundation is the greatest gift you can give your puppy and ensures that your pup is ready to tackle any challenges that might come his way, with confidence and a desire to investigate and discover, rather than run away and hide. The more positive lessons learned at the beginning of a pup’s life, the more resilient and adaptive that pup will be.